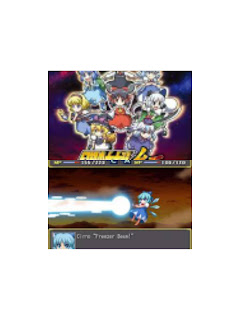 Maiden Wars [by Arthur Olliff] is a real time 3D MMORPG fantasy android game, which will remind you of familiar online PC games of this genre. It touches all the bases from account registration to gameplay and is sure to impress fans of all android game genres. So if you still have some social life left, you might want to give it up for Maiden Wars.

The aim of the game is to complete quests, gain experience, improve skills and advance your character to higher levels. Just like in a proper MMORPG on PC you get to battle creatures and fellow players. You do this by drawing symbols from “The Book of Curses” and thus casting various spells on your enemies or blessings to help fellow guild members. Aside from experience, you also get money and other items, which can be used for trade later.

Even though the game takes up quite a lot of space, compared to other android games, as well as includes an impressive virtual world that has a bunch of things to do, complete with a detailed character profile, skillset and inventory, the developer still managed to make it run smoothly even on slower android devices. The graphics had to suffer for that a bit but I am sure this is just a temporary setback, which is fully compensated by all the good things the game has to offer.

The music and sound effects create an adventurous atmosphere filled with suspense. Make the gameplay feel just right by visiting the camera and multiplayer settings in the in-game menu. Even though the game has a lot to offer, Maiden Wars is still free to download and has no annoying ads whatsoever. Then again, it is in Beta so the creators are counting on players to help improve the game by reporting small bugs and commenting on gameplay. So go ahead and wean yourself from WOW to MW, which will allow you to be a more mobile and perhaps a bit more social gamer.

Alchemy Classic [by NIAsoft] game for Android is a remake of an old MS-Dos game “Alchemy”. This is one of the most downloaded puzzle games for android, but it really doesn’t require much brain work to play it. The aim in this game is to create all 188 elements, by mixing the ones you already have. The mixing process is quite informative and slightly addictive. To me the game didn’t seem so hard to play but required quite some time to finish.

The game is based on “evolution” process, as stated in the game description, so it is more realistic that other games our there, which make you mix unrealistic things that result in more unrealistic things. I guess that’s why it falls into puzzle category. In Alchemy Classic for android you start off with Air, Water, Fire and Earth, them mix them to get such new elements as Lightning, which you can not use to mix too.

You start with just the four basic elements: air, earth, water and fire, and you mix them to find new elements. For example, combining air and fire makes lightening; water and earth make swamp; and lightening and swamp make amino acids. To find a new combination, you need to drag and drop one element onto another. Once you’ve unlocked an element, you can add it to the alchemy table from the game menu, thus increasing your element count.